When you ask Josh the question, “Where did you learn to be a father?” he struggles for an answer.  Most of his childhood memories are vague. His father was in and out of prison most of his early years and a stable father figure simply did not exist.  He recalls bouncing between his father and his mother in his early years as he and his mother were homeless. When he was just six years old, Josh and his mom moved into the Open House.  The experience changed his mom Evelyn, but for Josh, the next two decades would still be rocky. 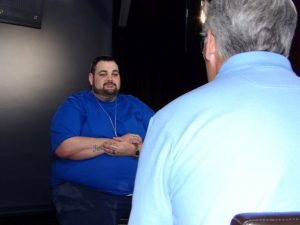 By the time he was a teen, he rebelled, doing drugs and alcohol and in trouble with the law.  At 19, Josh ran away from home. He became and remained homeless for the next eleven years. He gave up.

While on the streets, Josh met Kelsey who he will tell you is the love of his life.  But six years ago, both homeless and still doing drugs, they had a child.  Josh admits he was “barely present.”  After their second child, Kelsey knew things had to change.  She became clean and sober and was accepted into Open House with the kids.  And she put the challenge to Josh:  if he did the same, he could join them.

The next 30 days were the hardest daysof Josh’s life.  He was admitted into an in-patient treatment program. After a month, he graduated clean and sober then he joined Kelsey and the two boys at Open House. 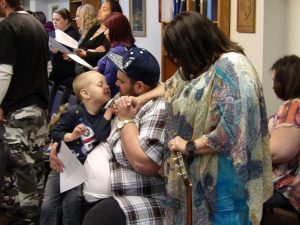 Today, Josh thanks you for saving his life. He has a new relationship with God and his family. He will tell you, he is “the father of two beautiful boys”.  Josh cannot recall completing anything before coming to Open House. Now thirteen months clean with no drugs or alcohol, he beams as he shows off six certificates of courses completed since coming to the shelter.  In April he started a new job, the first job he will have ever have had sober.  And the family is preparing to graduate from the shelter.

When we asked Josh what the Open House experience has meant to him, there is no hesitation:  “The greatest impact of being at Open House has been breaking the chain of homelessness so my family will never be homeless again.”  Josh’s testimony is direct: “I don’t know where I would be if it weren’t for Open House Ministries.”

Watch the entire video of Josh’s Story on the home page of our website at www.sheltered.org. 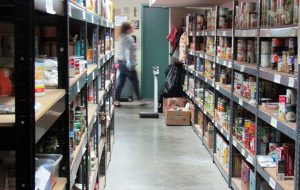 COVID-19 updates from Open House Ministries will be here, starting with the most recent. Thank you for prayers during this time. Open House residents and staff are pulling together and positive! COVID-19 Update: … END_OF_DOCUMENT_TOKEN_TO_BE_REPLACED